How to Offset Rising Costs in Adhesives, Sealants & Coatings with Microspheres! 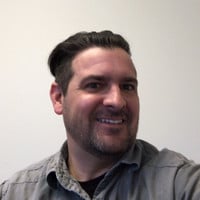 The market for adhesives, sealants, paint and coatings is highly competitive. It is difficult to reduce the density/cost of these products without affecting quality and performance. Using fillers is the most common way to drive costs down. Typically, however, the more filler used, the lower the performance of the product.

Dualite polymeric microspheres can be used as alternatives to traditional fillers and are among the most effective ways to reduce costs and maintain quality and performance.

Related Article: Are You Making This Mistake When Calculating The Cost of Microspheres?

Dualite microspheres have an exceptionally low volume cost. A typical loading level is 1-3% by weight of your formula. This loading level can extend your volume approximately 20% and reduce the weight of the product.

In addition to cost and weight improvements, there are several other benefits you can obtain when using polymeric microspheres.

If you have questions regarding your microsphere project, please contact Chase Corporation for an expert opinion.